Jump to the Background for the history and background of this issue.

ICANN IT embarked on a complete rewrite of the translation tool in August 2019 and is ready to deploy the new tool around December 9 2019, unless showstopper bugs are identified.

Below are some of the bug reports/observations noted during testing.

A custom machine translation tool for the Latin American and Caribbean Regional At-Large Organisation (LACRALO) mailing lists was implemented around early 2011. However several issues or factors continue to negatively impact the working of the machine translation tool and in turn, has lead to great difficulty in communication and collaboration with the English and Spanish speaking communities in the LAC region. 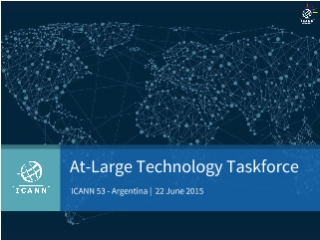 presentation by the At-Large Technology Taskforce Working Group for the ICANN53 meeting which has worked to identify the issues and continues to follow this issue with ICANN Staff.

When an email with attachments such as PDFs is sent to one list, the subject line and body of the email is translated and sent to the other list BUT without the attachment.

Examples abound from a review of the archives.

Again, examples abound from a review of the archives but as one example, consider the subject line for an email on lac-discuss-es list

The email at http://atlarge-lists.icann.org/pipermail/lac-discuss-es/2012/004552.html shows that the subject line is missing the [lac-discuss-es]. This hampers filtering by ES users and makes it difficult to track threaded conversations.

4) Unusual superscript and other odd characters in translated emails

There have been numerous complaints about the quality of the translation of the actual body of emails with strange characters, some of which are superscript characters appearing in the translated version.
Examples aboud (repeating phrase, I'm afraid) on the LACRALO list archives, here is one example:
Email to lac-discuss-en : http://atlarge-lists.icann.org/pipermail/lac-discuss-en/2012/005858.html
got translated to this on the lac-discuss-es list: http://atlarge-lists.icann.org/pipermail/lac-discuss-es/2012/004483.html

ICANN Staff have created two mailing lists (New-transbot-en and New-transbot-es) with a select number of persons on those lists for testing purposes.

Some of the key changes implemented in the new translation tool.

The TTF filed a budget request to the At-Large FBSC in FY17 for ICANN to finance the hiring of a programmer to assist the volunteer ICANN staff member to fix outstanding bugs - see At-Large FY17 Budget Development Workspace , this was approved by the At-Large FBSC and filed with ICANN Finance. On the 2016-08-08 At-Large Technology Taskforce Call, ICANN Staff member Corinna Ace confirmed that a programmer/developer has been hired to sort out the remaining bugs.

To test the new translation tool, two test email lists: new-transbot-en and new-transbot-es were created and TTF volunteers and ICANN staff joined these lists to test the translation and to report bugs at discussion-of-LACRALO-mailing-list-issues page.

New versions of the translation tool were deployed to these transbot lists in late Dec 2016 and March 2017. The March 2017 update introduced new features

In May 2017, emails from the existing LACRALO mailing lists were reposted to the new transbot lists  to get a sense of how the new tool will handle how current users are using the email lists.

Since ICANN59, the TTF chairs have been discussing with Mark Segall and Corinna Ace from ICANN IT and with Silvia Vivanco and Mario Aleman from ICANN At-Large Staff on implementing the new version of the translation tool developed by ICANN IT on the existing LACRALO mailing lists.

A conference call for LACRALO members was held on Tuesday Sept 5 2017 (see recordings at https://community.icann.org/x/yh8hB) to raise awareness of the planned changes to the translation tool used for the LACRALO mailing lists and what persons on the LACRALO lists need to do to prepare for the changes.

The tool was deployed to the main LACRALO lists on October 6 2017.

Previous bug reports against older version of the translation tool.