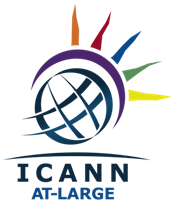 04 June 2011: The ExCom has requested that each RALO prepare a statement summarizing its thoughts on the Draft FY12 Operating Plan and Budget.  The deadline for the ALAC's statement on this topic is 17 June, so the regional comments will need to be complete well before then -- please target the week of 6 June for the completion of regional commetns.  Click here for the AFRALO workspace for working on this:  AFRALO comment on Draft FY12 Operating Plan and Budget.h4. _20 April 2011In its last meeting, the ExCom requested feedback from each RALO about its current communication needs and its interest in collaborating on them with ICANN Communications.  For examples, please see the At-Large material on [ICANN's E-Learning page|http://icann.org/en/learning/].  Staff will contact each RALO about this.

AFRALO and AFrICANN adopted a Statement from the African ICANN community during their meeting at the ICANN Silicon Valley Meeting in San Francisco on 16 March 2011. The Statement of the ICANN African Community on ICANN Geographic Regions Review (EN, FR) was submitted to the ICANN Board by Tijani Ben Jemaa on behalf of the African ICANN Community.

AFRALO and AfrICANN endorsed two Statements from the African ICANN community during theirjoint meeting in Cartagena on 7 December 2010: The Statement in Support for New gTLD Applicants - Cartagena and the Statement on African Participation were submitted to the ICANN Board by Tijani Ben Jemaa on behalf of the African ICANN community. They were also endorsed by the ALAC and added to the ALAC Chair's report to the Board of ICANN. In addition to that, the Statement on new gTLDs was also submitted to the public consultation on the Draft Final Guidebook for new gTLD applicants and the Joint SO/AC Working Group on new gTLDs.