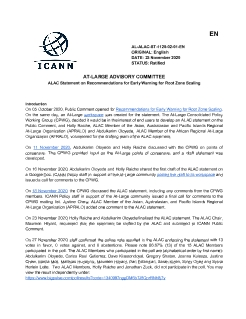 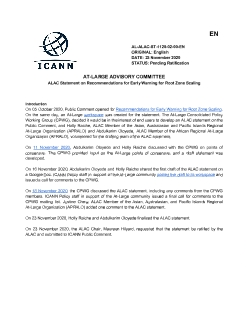 The At-Large Advisory Committee (ALAC) appreciates the opportunity to submit this statement. We agree with the recommendations in the document as it is the right way to go giving the challenges of associating measurements with scaling.