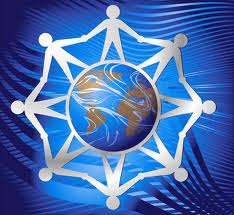 TF-AIDN is an initiative of MESWG which will focus on technical issues and solutions to promote Arabic IDNs’ definition, secure deployment and ease of use for the community.  Though the scope of work may change over time, the current technical matters include at least the following (as explained further in Annexure A below).

Though the task force is commencing operations, it will remain open for membership.  Those interested to join the task force on voluntary basis should email their CV and Statement of Interest (SOI) to tf-aidn-admin@meswg.org.

MESWG is a community based working group coordinated by ICANN to promote the DNS Ecosystem in Middle East, North Africa, Afghanistan, Iran and Pakistan. In this regard, MESWG is in the process of implementing an action plan prepared based on its Middle East Strategy Document in order to perform technical, training and dissemination activities.  Details of the MESWG plans and initiatives are available at Middle East.

Annexure A: Areas of Work

Arabic LGR would contain the rules that identify the valid repertoire of code points for IDN TLDs, as well as the rules for identifying and possibly delegating any IDN variant TLD. The work is to be carried out as specified in the Procedure to Develop and Maintain the Label Generation Rules for the Root Zone in Respect of IDNA Labels, laid out by ICANN.  The Arabic part of the LGR is to be developed by a Generation Panel (consisting of volunteers).  See Announcement (EN) 11 Jul 2013 for further details.

Similar to the LGR for the Root Zone, LGRs may also be developed for use at the second and higher levels.  Though each registry may define its own LGR, a recent report published by ICANN on Examining the User Experience Implications of Active Variant TLDs argues that consistency of approach at these levels may also contribute positively to the end-user experience.  Arabic language community has already developed Linguistic Guidelines for the Use of the Arabic Language in Internet Domains.  It needs to be investigated how LGRs for other languages and communities may be developed, using similar underlying principles, to provide consistency of experience for all users of Arabic script.

Even though Arabic IDNs are now delegated and deployed, there are still many issues in displaying and accessing them.  The recent Report on Universal Acceptance of IDN TLDs by ICANN community (see Announcement-2 (EN) 25 Jun 2013) brings up issues and relevant recommendations for assisting the adoption and use of IDNs.  Similarly, the report on Examining the User Experience Implications of Active Variant TLDs also identifies issues and recommendations in the context of IDN variants. The task force would look at these recommendations and undertake any follow up work needed for promoting the use and adoption of Arabic IDNs.

Technical challenges around registration of Arabic IDNs and variants

With the advent of IDNs, it is not possible for the registrants to register domain names wholly in Arabic.  Registering a domain name is a much more complex process than just using it, as it requires understanding the relationship between U-labels and A-labels, understanding how variants may be formed and which ones should be delegated, submitting registration data in local script and then correctly communicating this information to end-users.  Registries also need to be engaged to be able to provide appropriate interfaces.  Such challenges need to be explored and both technology and training material need to be developed to address these challenges.

With many registries and registrars now intending to offer Arabic IDNs, it would be useful to document the current technological challenges and solutions for their operations.  The Arabic script ccTLD community already has some experience in these areas, which can be very useful for other ccTLDs and gTLDs.  This work intends to document these challenges and solutions, and provide the platform to further develop these discussions.

Adding Arabic IDNs may result in new security challenges, introduced due to user inexperience, inadequate system configurations, using untested new technologies or any other reasons.  The community needs to watch out for such issues and address them as they arise.

Training material is urgently needed to use Arabic IDNs for a variety of user groups, including end users, registrants, system configuration and security personnel, etc. in English and local languages.  Though the need has been identified by many reports being published by ICANN and its community, there are no dedicated efforts to produce such materials.  The task force may assist ICANN in this process, to better serve the Arabic script community.