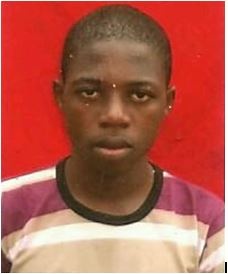 A 100 level undergraduate from the University of Nigeria, Nsukka, Nicodemus Chidera Onah has emerged the overall winner in the 2015 Nigeria DigitalSENSE Students Essay on Internet Governance for Development (IG4D), reports ITRealms.
Confirming this, the Executive Director, Operations, DigitalSENSE Africa Media Limited, Mrs Nkemdilim Nweke, said that Nicodemus Chidera Onah was adjudged most outstanding by most of the judge faculty, hence his emergence.
She noted that the students essay was on this year’s main theme: Net Neutrality and Nigerian Internet Users, which must not exceed 600 words but must depict clear understanding of the subject matter by the essay writers.
She also disclosed that the first runner up, was another student from UNN also in Enugu State, by name Kizito Chijioke Onah who is a student of English and Literary studies, while the third place went to Ms Ekpobadarho Oghenetejiri Blessing from the Niger Delta University, Wilberforce Island, Bayelsa State.
Mrs. Nweke also said that Nicodemus who scored highest from this year’s panel of judges is a student of Electronic Engineering, 100 level, and would be attending the 2015 edition of Nigeria Internet Governance Forum (NIGF) courtesy of Etisalat Nigeria, in addition to receiving the star prize of a laptop fully equipped with free data access for 12 months.
She noted that NIGF 2015 would take place at the nation’s capital, Abuja between July 20 and 21, with special interest in the youth forum as well as the plenary sessions.
According to her, the first and second runners up will be sponsored to Lagos where they will be presented their prizes of a tablet and a smart phone respectively.
She therefore, congratulated the winners of this year’s essay contest for their efforts.
Reacting, Nicodemus Onah, the star prize winner, described his emergence as ‘unbelievable’ when contacted with the news.
He also promised to focus on making more case for cybersecurity in Nigeria at the 2015 NIGF, though he decried that the awareness on Internet Governance is still below average, he advised Nigerian youths to take advantage of the Internet and get better education.
On the way forward, he said that there is need to enact user-driven internet policies in the country, that would keep the sanctity of the Internet.
@ITRealms DSA Remmy Nweke [DigitalSENSE Africa]
54691190
54691190
AFRALO