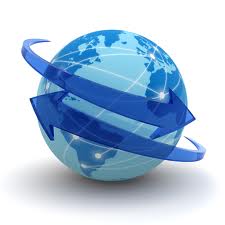 1. You must be logged in to the Community Wiki with a valid Username and Password in order to complete forms within CROP.

2. Your organization must first complete and get approval for the Outreach Strategic Plan before any CROP trip could be processed.

(top of the screen).

4. Answer each of the questions that appears within the form. Use the scroll bar (right) to reveal all contents. Click here to read the full instructions

5. Some information fields are 'richtext' so that they can accommodate tables, links, images, attachments, and other formatting capabilities that may be useful in explaining/describing this proposal.

6. CROP forms must be completed in English. For those who do not speak English, all of the pages within this Wiki may be translated using the "Translate" option located at the end of the status line just below the page title. (Disclaimer: These translations are computer-generated and, as such, may not be technically correct in all instances).

7. When you are finished answering the questions, remember to

the page (bottom right of the screen).

8. This form may be edited/saved as many times as needed. If you need to amend any information/contents subsequently, you simply click on the appropriate form and then click

on the top menu bar. Don’t forget to

any changes you make. All prior versions are automatically archived.

9. Once any form has been completed, please notify your Program Coordinator (PC) for further processing. The designated PC is responsible for (a) reviewing each form for completeness, (b) coordinating within the ICANN structure and with the Stakeholder Engagement VPs to determine whether the Outreach Strategic Plan will be approved, and (c) communicating form dispositions to the CROP Administrators (Staff) for further processing.

10. Once any form is fully approved and has received concurrence from the designated Regional VP, Program Administrators (Staff) will mark APPROVED in the status section and lock the forms to prevent further changes by you. It will receive continued management, processing, and tracking by Staff.

11. Have questions? Check out the Frequently Asked Questions page, and reach out to your designated Program Coordinator (PC).

STAFF USE ONLY
Acknowledgements Section