The Security and Stability Advisory Committee (SSAC) advises the ICANN community and Board on matters relating to the security and integrity of the Internet's naming and address allocation systems. This includes operational, administrative, and registration matters. SSAC engages in ongoing threat assessment and risk analysis of the Internet naming and address allocation services to assess where the principal threats to stability and security lie, and advises the ICANN community accordingly.  For more information on SSAC, click here.

The goal of the review, to be undertaken pursuant to such criteria and standards as the Board shall direct, shall be to determine (i) whether that organization, council or committee has a continuing purpose in the ICANN structure, (ii) if so, whether any change in structure or operations is desirable to improve its effectiveness and (iii) whether that organization, council or committee is accountable to its constituencies, stakeholder groups, organizations and other stakeholders. 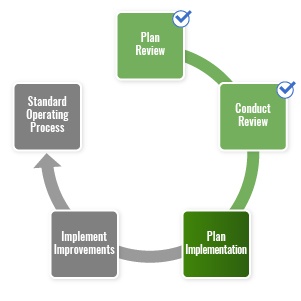 Documents and Output of the First SSAC Review

15 October 2018 - Analysis Group, the independent examiner conducting the second Security and Stability Advisory Committee Review (SSAC2), has published its draft final report for public comment. Analysis Group will present the draft final report to the community during ICANN63 in Barcelona, Spain, and during a webinar on 20 November 2018 at 21:00 UTC. Read the announcement.

28 July 2018 - The consultation period on the independent examiner’s assessment report is now closed. The independent examiner will now incorporate feedback into a draft final report, which will contain both the assessment of the SSAC and recommendations for improving the operation of the SSAC. The draft final report is expected to be published for public comment in the coming months.

21 June 2018 - Analysis Group, the independent examiner performing the second review of ICANN's Security and Stability Advisory Committee (SSAC), has published its assessment report. Read the report or read the announcement for more information.

19 April 2018 - Analysis Group, the independent examiner conducting the second review of the Security and Stability Advisory Committee (SSAC2), has published a survey for community input. The aim of the survey is to collect input from those who have interacted with SSAC or have suggestions for ways to improve it. Take the survey or read the announcement to learn more.

22 February 2018 - Announcement that Analysis Group has been appointed as the Independent Examiner to conduct the review of the SSAC. Learn more

Extended Deadline; Request for Proposal for the SSAC Organizational Review

1 Aug 2017 - The deadline has been extended for the Request for Proposal for the SSAC Organizational Review. Learn more

7 July 2017 - The Internet Corporation for Assigned Names and Numbers (ICANN) is seeking a provider to conduct an independent assessment of the Security and Stability Advisory Committee (SSAC).Learn more

18 May 2017 - Resolved (2017.05.18.02), that the Board initiates the second SSAC Review in June 2017 and directs ICANN organization to post a Request for Proposal to procure an independent examiner to begin the review as soon as practically feasible. Learn more