EURALO will hold its General Assembly face-to-face during the ICANN 56 Meeting scheduled to take place in Helsinki, Finland between 26 -30 June 2016.

The members of the EURALO Helsinki activities Organizing Task Force are:

Mobile phone numbers should only be used for emergencies or SMS messages; recipients will incur roaming costs.

Please note that this page is for reference only. Please contact your airline carrier(s) for up to date travel information. 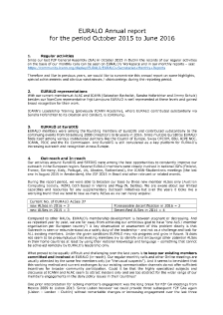 29 May 2011-General Assembly, Belgrade (not sponsored by ICANN)