MOU  with  ARIN and  NARALO   distributed to the  NA  list and  NARALO  SKYPE  chat,    Draft version  waiting for  NARALO feedback to Susan Hamlin

Confirmation of   two  trips out of the five , pending two more  leaving  one more trip to be  approved

The  main activity in October  was the  ICANN 51 in Los Angeles, California with  nine  ALS's  in attendance in  LA.

Our  October   monthly meeting was in LA  and the meeting was truncated due to room changes so many of the attendees and staff were late.

-Number of  attendees to booth  30

The  NARALO  SHOWCASE   entitled  Our Internet , Our Stories, Our Network, First Nations and the World: NARALO SHOW

Our major theme focused on the First Nations Internet  situation in North and South America together with  musical performance by Anthony Niigani and  Derek's son.  and lastly a stunning performance of  Derek

Our  was $5,100  and we managed to raise these funds  from ICANN, Verisign and Afilias.   The limited funds  resulted in  one drink ticket and  a cash bar. 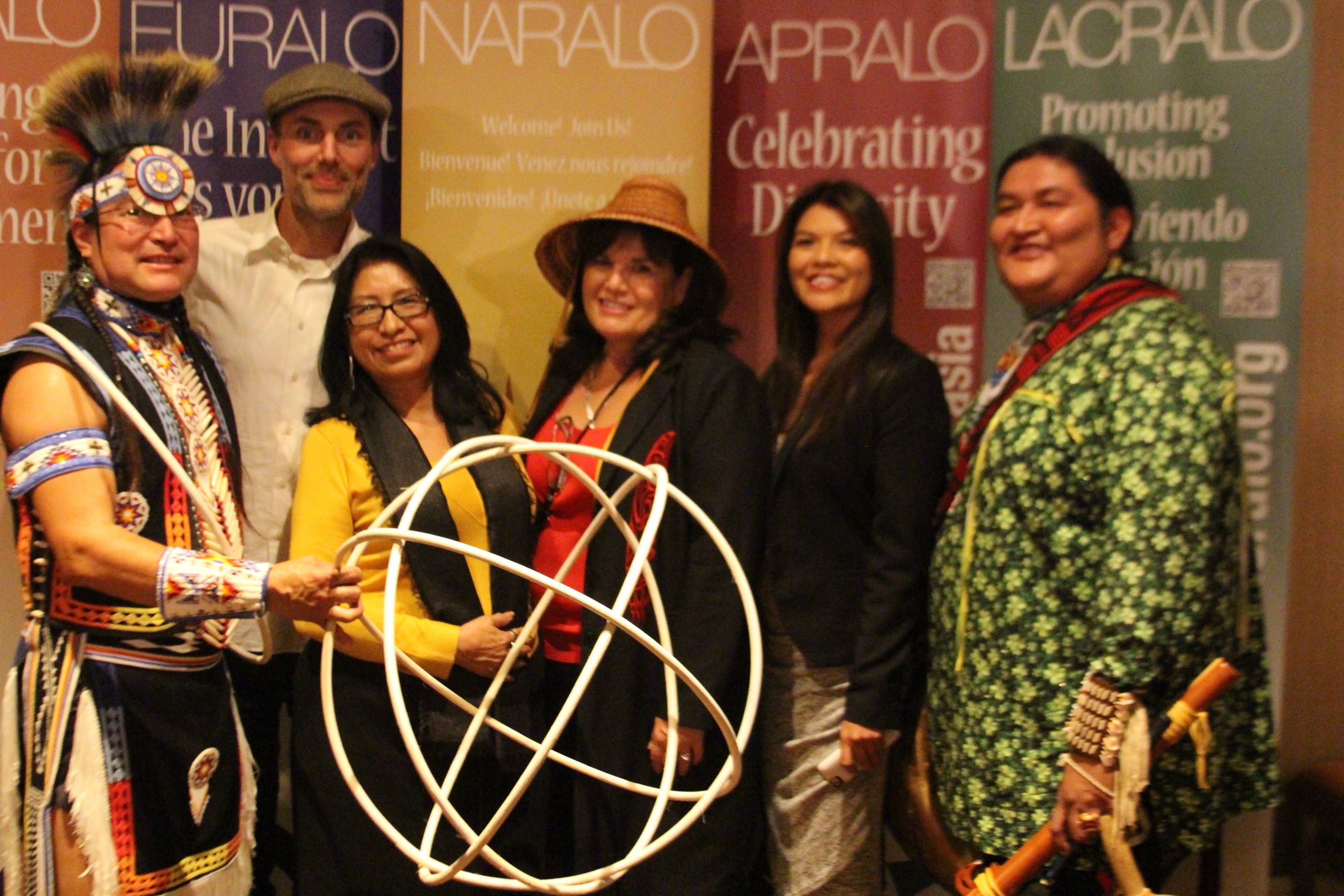 Special  acknowledgements  to  the  donations  from  Loris Taylor of  Native Public Media  sponsoring the  performers and Ms. Johnson Pata

-Trip approved  for   NTEN  in March

-Trip submission  for  SWSE in March

-Pending submission by Evan for CES

-Pending  submission by Evan for ARIN

Outreach  followup with  Consumers  Council of  Canada  with  the  executive of the organization on answering any questions.  This   application is close to one year in the preparation and submission.

May 27  presentation to Oshawa  Accessibility Committee

No  CROPP  travel in May

2) Describe how the original Outcomes were achieved:

Tea ceremony( Note beginning of video focus is an issue)

Face to Face discussions at NTEN - 50 delegates and organizers
Specific potential ALS targeted in states, provinces or territories not represented in the NARALO list - 10
Number of pictures at event - 50
Number of ICANN SKYPE or Blog postings - 10
Distribution of information regarding NomCom

Delegate conversation over 300, could not identify locations that are low participates in NARALO

2) Describe how the original Outcomes were achieved:

- Conducted Birds of Feather to 20 delegates

- Radio interview for one hour  to 9,000 listeners

-Interview with Chronicle for Philantropy Journal

6.1. Accessibility Working Group met in Singapore.  -Garth and Glenn
A summary of the objectives for the group is on video

Amazing speed has been shown by ICANN and thanks to VP  Chris Modini and his staff in supporting this initiative.  In fact the  ecosystem from ISOC, Osbudman, GNSO, ALAC, GAC and the business community has expressed unanimous support for our strategy crafted by Gunela  Astbrink( ISOC-AU)

The planning of the event is  still at the mercy of the sponsors  which has been slow.  I made an outreach on behalf of the committee to Microsoft and Samsung.  We also found out the  the  rock star speaker  wanted a six figure speaking fee.  Time to look for an alternative.  We can get a short  remote speech from Vent  Cerf
Our room is confirmed and work has been assigned to the  delegates to provide person power at the  table tops at the event.  We will be having new banners according  to Heidi

A summary of the  event  in a slideshow

3.1. Monthly Naralo call with 18 attendees. A great showing and interest in NARALO activities

4.2. Outreach to new ALS  including  ISOC Disabled and Special Needs

4.3. Cyberwarriors for  ex Canadian and US  military

4.3. Cropp trips to ARIN in April and NTED in March has been booked, hotel and airfaire received.  We have Naralo brochures and  NOMCOM bookmarks for distribution

6.1. Accessibility Working Group had it's inaugural call to formalize the purpose and name of the group; It was decided that the WG  focus only on the Disable Community and the group will share their suggestions on helping ICANN be more engaged in working with the disable community and make it's event more accessible