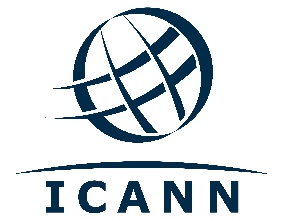 LOS ANGELES – 26 November 2019 – Today, ICANN announced that León Sánchez has been nominated by the At-Large Community to the ICANN Board Director seat (#15) for a second term.

Sánchez will begin his second three-year term as ICANN Board Director at the end of ICANN69 (17-22 October 2020). He also assumed a new role as Vice-Chair of the ICANN Board at the conclusion of the ICANN66 Annual General Meeting in November.

The At-Large Community’s ICANN Board Director nomination process for the 2019-2020 cycle began in September 2019, and started with the formation of two committees (BCEC and BMSPC) tasked with managing the timeline, calling for and evaluating candidates, and organizing the final election. The Chair of the Board Member Selection Process Committee (BMSPC) Alan Greenberg, and the Chair of the Board Candidate Evaluation Committee (BCEC) Yrjö Lansipuro, led the two working groups.

As the sole applicant, Sánchez was evaluated by the BCEC and identified as the only candidate on the BCEC slate. According to the At-Large Advisory Committee (ALAC) Rules of Procedure, a single candidate is declared the winner by acclamation. The nomination process officially concluded on 14 November 2019. The ICANN Empowered Community formally designated Sánchez to a second term on 26 November 2019.

Click here for detailed information about the At-Large Board Seat 15 nomination process.

Click here for a biography and photo of León Sánchez.

ICANN's mission is to help ensure a stable, secure, and unified global Internet. To reach another person on the Internet, you need to type an address – a name or a number – into your computer or other device. That address must be unique so computers know where to find each other. ICANN helps coordinate and support these unique identifiers across the world. ICANN was formed in 1998 as a not-for-profit public-benefit corporation with a community of participants from all over the world.