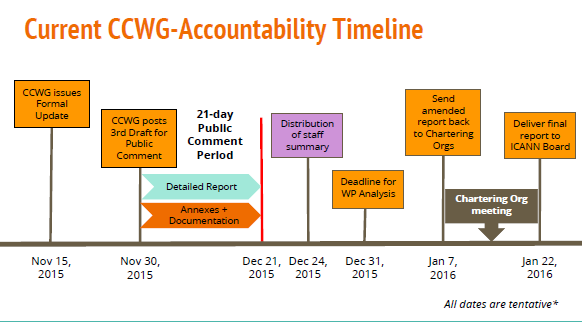 25 August - The CCWG-Accountability held a third Webinar.  Archives of the webinar can be found here

7 August - the CCWG-Accountability held two webinars briefing the community on their 2nd draft proposal.  Archives of the webinar can be found here 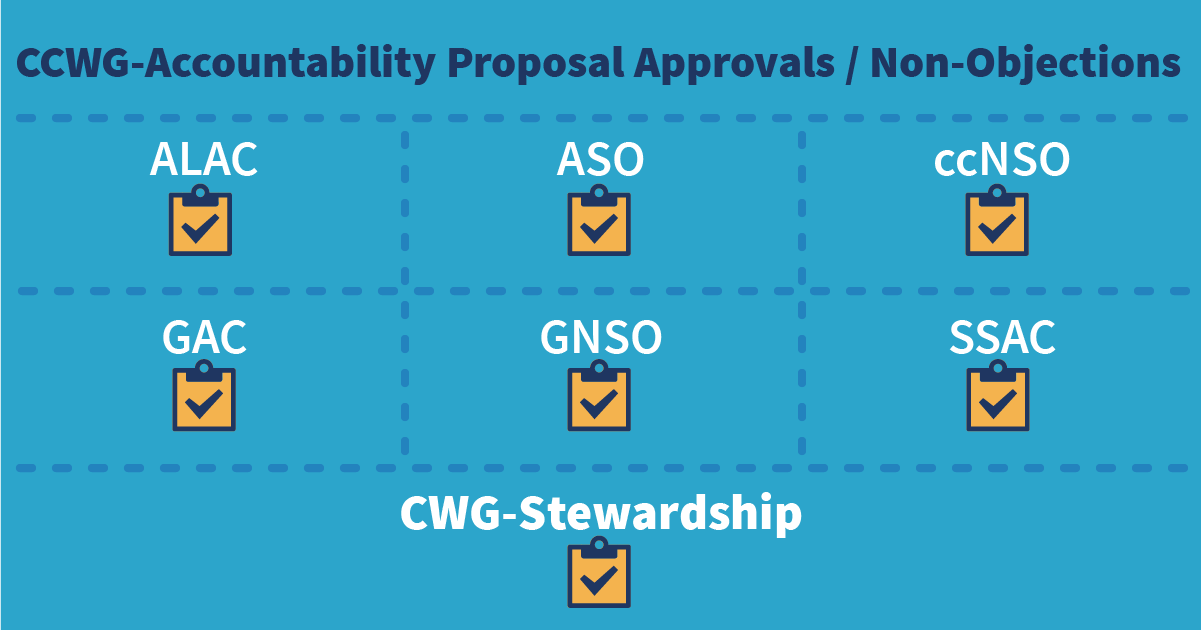 5 January 2016 - A CCWG-ACCT work plan to finalize the report is released - See Development of Final Report for discussion documents and associated calendar.

To view a full list of upcoming meetings, see Meetings.

Use the page tree below to view the index of pages on the CCWG-Accountability Wiki. To search for a page, use the search box below.